I have two Japanese recipes for chicken and pork that I always go to now. One is a baked chicken katsu, which is healthier and easier to cook than the deep fried version. The other is Tatsuta Pork served with a garlic sesame aioli sauce. This Tatsuta Pork recipe is super easy to prepare, and even easier to cook. It is a fried pork chop that has been coated with potato starch, and that has been marinated in mirin, soy sauce, and sake. With this recipe in your cooking repertoire, you have an alternative to Shake-n-Bake (though, I do love myself a good Shake-n-Bake pork chop).

I make Tatsuta Pork with a garlic sesame aioli sauce that is similar to a sauce you would get with chicken karaage, but without any heat. With the pork chop you really don’t want any heat in your sauce, it just tastes a bit weird next to the sweet and salty marinade and potato starch coating.

This recipe was adapted for kids from Tasty Japan’s Tatsuta pork recipe. I skipped the ginger, doubled the portions, half the sake, and made my own sauce instead of the kewpie mayonnaise as dressing. 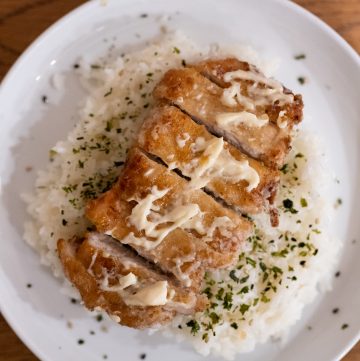 A recipe worthy of a good pork chop, Tatsuta pork is the perfect mix of sweet and salty with a little bit of fried potato starch on the outside for crunch.
5 from 1 vote
Print Recipe Pin Recipe
Servings 4
Prep Time 15 mins
Cook Time 15 mins

If you undercook the pork, just zap it in the microwave for 1 minute to finish off cooking.
Tried this recipe?Let us know how it was!

If you want to make the Garlic sesame aioli, the recipe is as follows:

Mix and you have a “can’t stop eating it” Garlic sesame aioli amazing. 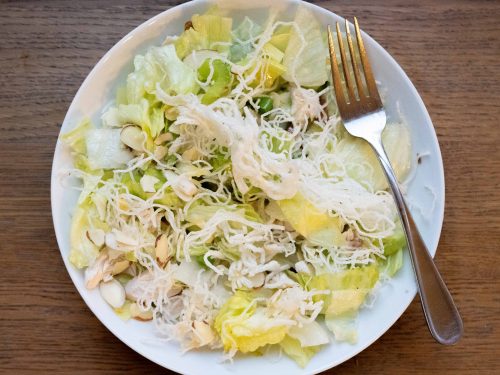 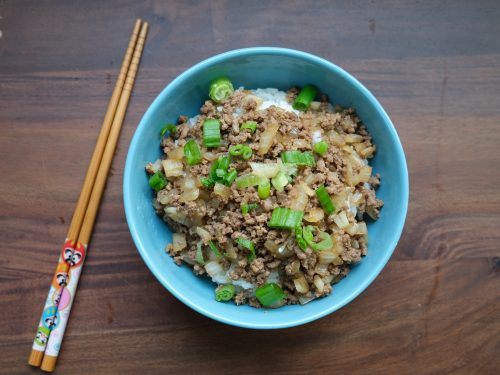 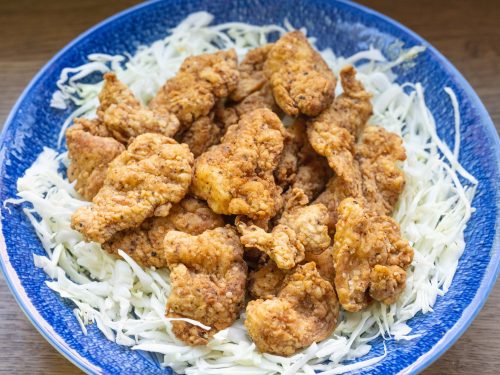